Bought my first ProPiks today, but was told by the store owner that ProPik is going away and he won't be restocking. He purchased all he could from the manufacturer.
I have several things to ask here:
1. Is this true? I was sent a link to an article written in December that seemed to verify it, but the article writer seemed unsure as well.
2. For ProPik finger pick users here. Which do you use? The ones I purchased today are the F-tones, but they also had some of the solid tips in the shop. I don't recall which version of the pick they were. Sizes were limited. F-tones were only available in medium. The solid tip of unkown variety were only in large. He had several varieties of the thumb picks, but I wasn't interested in those and didn't see what they were.
3. For ResoGat attendees, if these are indeed going away, would it worth me picking up what I can from my local store and bringing them to ResoGat? If there is a demand, I can pick up what I can and bring them with me. I could call the store to check types and sizes if you are interested. If you want to check yourself, they are at Harry's Guitar Shop in Raleigh, NC.

They do seem to be getting about as rare as hen's teeth. There are some versions available on eBay from a Korean seller. But then again I don't think they were ever particularly common or popular. But that is strictly from what I see around these parts.

I like them. I use the F-Tones with the split wraps. They work pretty well on my old knuckles.

There are knock-offs available on eBay from a variety of sellers. I have four of them. They were cheap when they first appeared on eBay but the price has risen over time.  One size fits all from what I see.  They are rather heavy and stiff - not easily shaped without jeweler's pliers. They are not split wraps either. But they may work for some folks as am interim replacement. 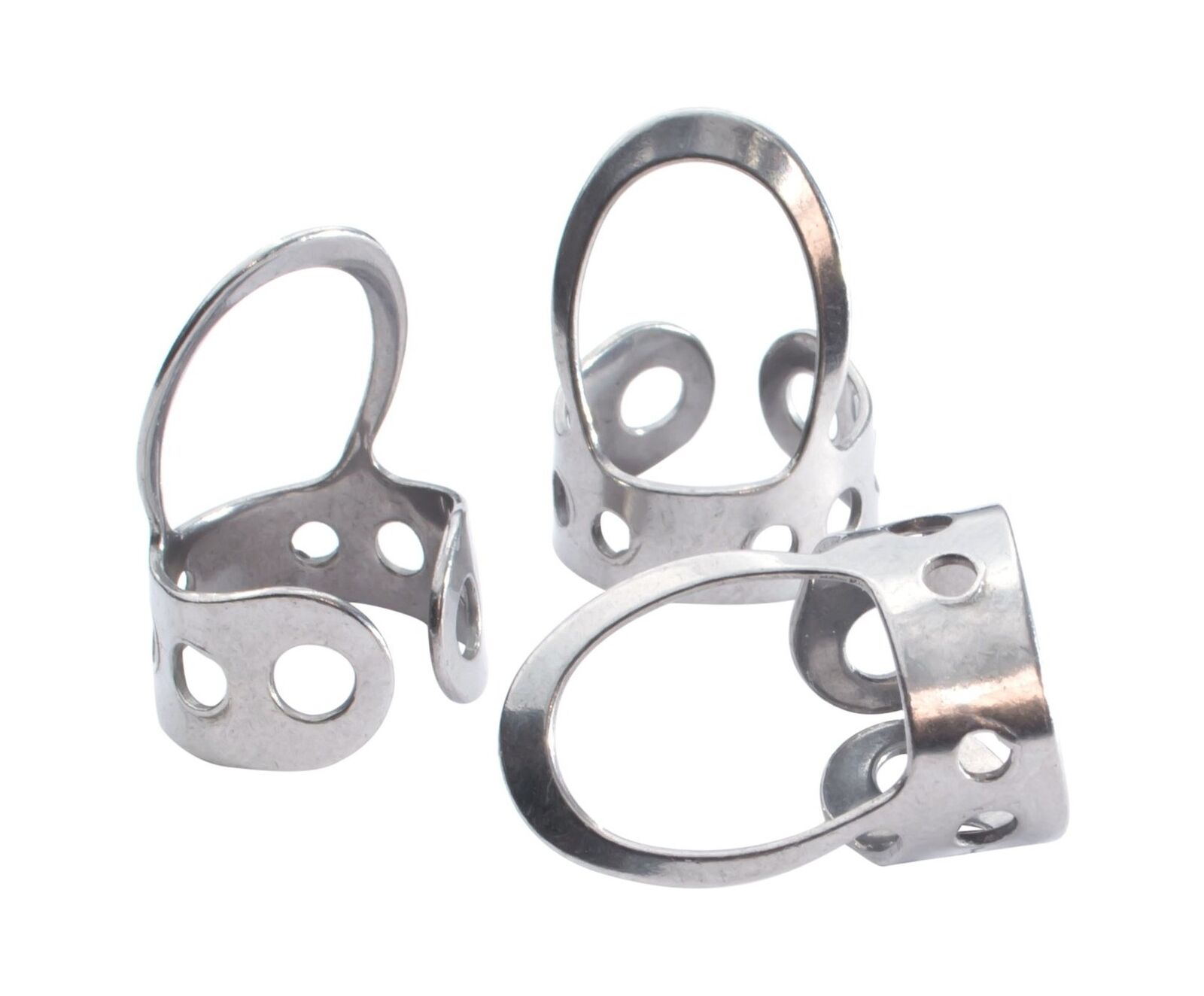 Thanks for the heads up. Their angled Reso pics are my favorite. I just checked their website and it indicates they are sold out. Did Harry's Guitar buy out the entire stock? The pickshoppe has them in stock, so I picked up a couple of my favs as a backup in case I lose the ones I have.

Oh no!! I just checked a bit online and I no longer see any Propik Fingertone double wraps /splits in Large. This is all I use.  I have a spare set but I didn’t plan on these being lifers!

Thanks for the headsup.  I’ll call Harry’s to see if they will sell and ship remote.  They don’t show them for sale in the online store.

I just picked up some Pro-Pik brass double wrap Reso in size large from Resophonic Outfitters. I can't find anybody who has the silver in stock.

Is the ProPik guy retiring, or did he go out of business and the product line is going down with him?

If it's a matter of retirement, I would think this is a very saleable product line that someone could acquire and keep it going.

I rarely use the Reso-piks anymore since switching to Sammy Shelor fingerpicks several years ago, but I still have some around and use them periodically  for a change of pace.

I just ordered $40 dollars worth from Steel Guitars Of Canada. He has lots of them in stock, and itâs a minimum $40 order for shipping. Give him a call if you canât find any in the USA.

Is the ProPik guy retiring, or did he go out of business and the product line is going down with him?

If it's a matter of retirement, I would think this is a very saleable product line that someone could acquire and keep it going.

I rarely use the Reso-piks anymore since switching to Sammy Shelor fingerpicks several years ago, but I still have some around and use them periodically  for a change of pace.

I was told he was retiring and not selling the business. I don't recall if a reason was given--unable to sell or just lack of desire or something else.

I was thinking the same thing, that if they are as popular as they seem to be, someone would be interested in the line. But I am far from a business man and have no idea how these things work.

I just ordered $40 dollars worth from Steel Guitars Of Canada. He has lots of them in stock, and it’s a minimum $40 order for shipping. Give him a call if you can’t find any in the USA.

Thanks for the tip, RezBluez!!  I ordered a handful of Fingertones from them just to have peace of mind for the long haul.  Al at the shop is also working to clarify the ProPik supply situation, although at this point I guess we know what we know...

No problem James, glad I could help. It sounded like Al had quite a few in stock, so might as well get them well the getting is good. Cheers! Eddy.

They were my favorite picks when I was a working musican. I used them with the pedals and lap steel for years. A Chinese picker friend Tom, in Ca. got me started with them. I hate to see them go. I never used them on dobro. I had a box of finger picks, unused stock from the 40s, that was my dobro supply.

Thanks for the heads-up on this. I really like the brass picks, just ordered a bunch.

'Please be with me Eric Clapton 461 Ocean Blvd' 3 days