Now that I have had this wonderful guitar in my hands for a few weeks I will attempt a little review of it.

I purchased this guitar from the Guitar Sanctuary who I am pretty sure had the only one available at the time. They are indeed a great outfit to deal with. The last time I checked they were out of stock on almost all Beard guitars.

My Beard came with the Doubleshot and Fishman Nashville pickup installed. The Doubleshot is a great addition. I am an old guitar player and I have used the DADGAD tuning quite a bit in the past so using the Doubleshot to keep it in DADF#AD was pretty natural for me. Being able to switch between open D and open G is great. I do find myself using the open D quite a bit. I am not great Dobro player, just an old guy enjoying a truly great instrument.

The Beard itself is absolutely beautiful in fit and finish. The sapele top is stunning. I know folks have mentioned that the Mike Auldridge guitar sounds like a grand piano but I think this guitar is pretty close to that as well. Comparing the sound of this to my old Reed is mind blowing! The resonance and sustain is remarkable. Crystal clear from the open strings all the way up the fretboard. I am including my version of Angeline The Baker in the open D tuning. Please forgive my beginner mistakes.

Must have been quite an eye (and ear) opener when the JD Signature showed up at your door.

You got the grand package with  the addition of the DoubleShot and the Nashville pickup.

Amazing guitars, but because it's an actual "model" like a BlackBeard or an MAS, and not a custom job I guess it doesn't generate as much excitement among dobro geeks.

Photos below of Jerry in April 2018 at a local gig.  This was after his coveted BlackBeard fell off the back of a golf cart at a festival and it was in the Beard shop for "surgery."

He told me has several of the (non BlackBeard)  JD models. Must be an early one because it doesn't  have the "wave" fret markers, and the wood grain has more of the quilted vibe.
click on photos to enlarge. 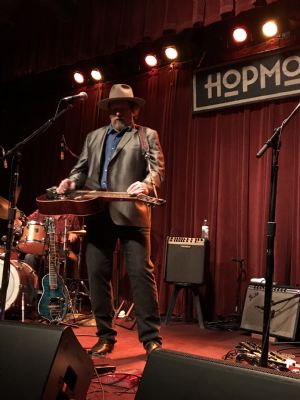 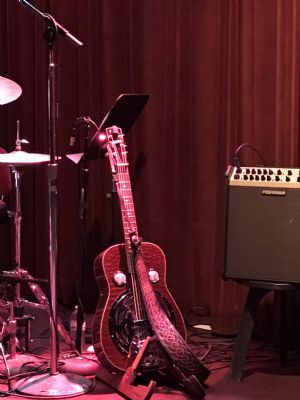 Jerry also used the DoubleShot equipped Lap King on a couple of numbers. 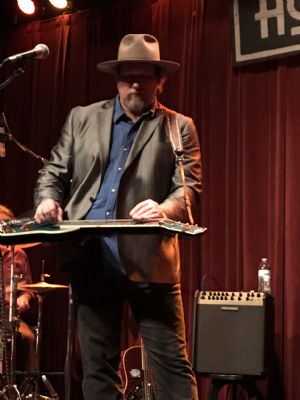 My eyes were definitely popping out of my head during the unboxing! I am nowhere near good enough to own this fabulous instrument but at my age and love of the instrument my lovely wife just said to order it. Both she and the Beard are keepers for sure. The doubleshot has been absolutely dead on the money every time I have used it. The Sapele top on mine is rather dark with the sunburst but up close the grain is simply beautiful.

I have only been able to see Jerry play live once at Wintergrass with the Earls of Leicester but man did he ever blow me away. I have listened to most of his albums as well as all of the AKUS stuff. I am trying to learn a simplified version of Tribute to Peadhor O'Donnell now. What a beautiful tune indeed.

I shared this in a thread last March. If you haven't seen it, might be of help. David  Hamburger tabbed out Peador O'Donnell a bunch of years ago for Acoustic Guitar Magazine.

I'm having trouble posting the PDF at this time. Check out the link below, you should be able to open the TAB there.

Thanks Mark, I do have that version and another and I am working between the two to come up with my own version. What a great tune.

Jaimie, thanks for the kind words. I was still getting used to the D tuning when I recorded that sample. The reso just has a way of making you play it.

'Anyone upgraded parts on a Hound Dog?' 1 hr