Well I open the dobro today, How you can see, my dobro have a 9,5 beard cone, and is smaller than the space inside. I need a 10,5 cone for sure. The cone is perfect condition but is not the right one, the guitar sound very good. Weird heheh 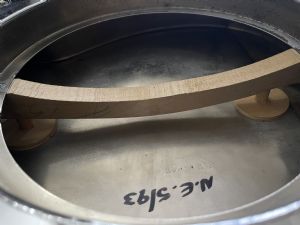 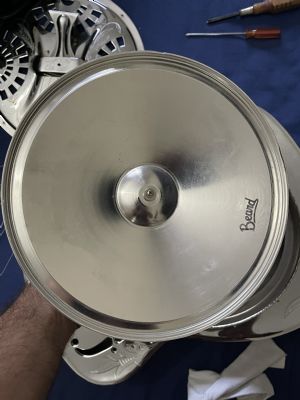 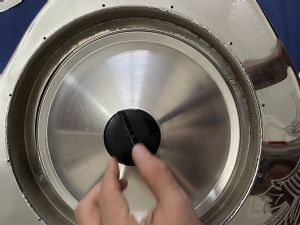 I was looking my actual cone and I can see is not right! Hope the picture attached is clear. It is proper fit in almost all the circunference and then it falls a little and you can see the hole. Maybe my father bought in the past the wrong size of cone. A smaller one.

Alejandro, you should post a photo with the coverplate removed but the cone still in place. Your earlier photo doesn't really tell us much of the story.  Just loosen the strings first, no need to remove them - then unscrew the coverplate and gently slide it forward over the neck of the guitar. Then we can see what's really going on.

There is no question that the modern very thin cones wear out or lose some of thei "oomph"  after some time, but the people we hear about who have them changed out every couple of years are spider bridge lap style dobro players where this is their full time job like Jerry Douglas. And he might even have Paul Beard change the cones on his main guitars as often as once per year. For most of the rest of us this is likely overkill.

Edit: after typing this post I hit enter, and you had already taken the top off the guitar and posted about the same time as I did.

Unless my eyes are deceiving me, that looks like a spider bridge cone that was mounted in the guitar upside down?

And sound good!!! Incredible. Is a spider cone (right?) with 9,5 size intead 10,5 and sound nice! When I get the right one will be awesome!

That's a Beard designed biscuit cone with a dimple in the middle. Someone went into this guitar and did a "DIY FIX".

This is aiming towards train wreck territory and I can't resist reading this topic.

I should know better but..

I just talk to my father and tell me he get this cone (online) and he was sure was the right one (is not), and he solve to put it like is on the guitar. And sound nice, really. Maybe tomorrow I will upload an audio. He is more an electric blues man and was his only resonator. And yes he did a Do it yourself fix! Hehehe

Bottom line - If Alejandro thinks his instrument sounds incredible , all is good . 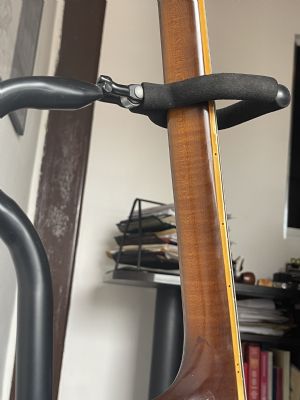 Well I get a Quaterman 10,5 inches for my Dobro. Was the right size!!! Is now perfect and sound even better! Thanks for your help. Definetly the Dobro DM75 Use a 10,5 inches cone. 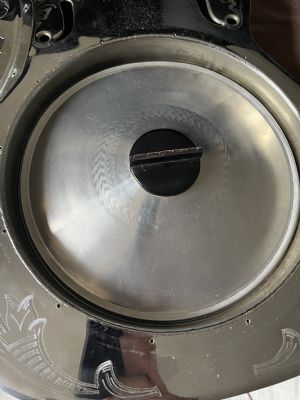 'Doubleshot on a Goldtone PBS' 4 hrs